Home Entertainment Delay’s Style Of Interviewing Should Be Taught In Journalism Schools – Michael...

Taking to his Twitter page, Michael Oti Adjei envisaged that Delay should be given praise for how she conducts her interviews.According to him, her style should even be taught in journalism school, ceteris paribus. Oti Adjei wrote;“How Delay gets the most out of her interviews is something that should be taught in journalism schools and newsrooms,”

In the interview, the ‘Taxi Driver’ actor was sobbing as he recalled abandoning his kids to chase after a woman he described as a ‘devil’.

That coupled with how Delay generally grills her guests without fear whilst at the same time getting them to open up on sensitive issues is gaining her props from the camp of Michael Oti Adjei. 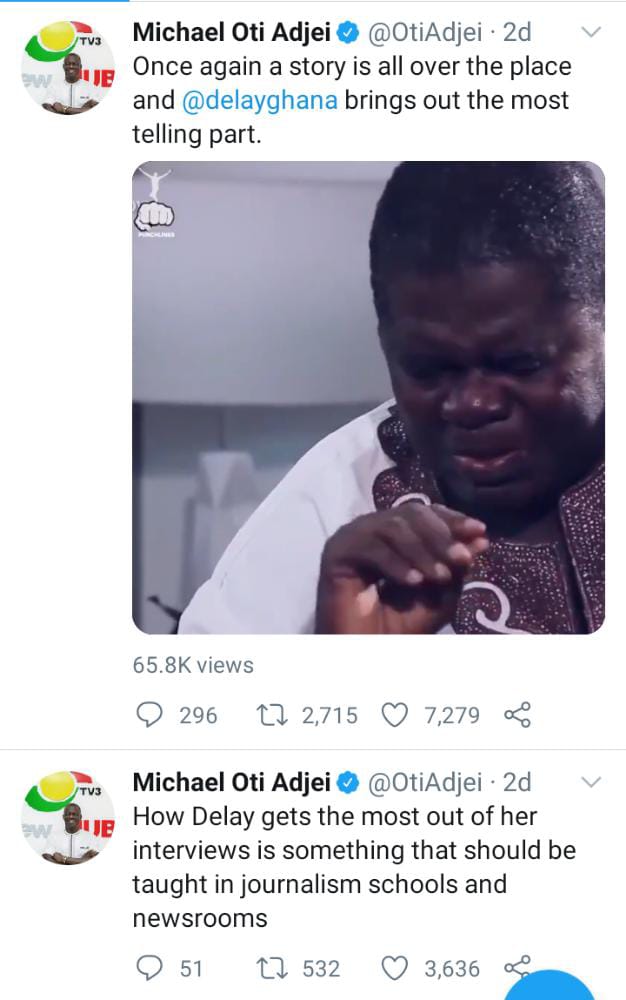 Akufo-Addo to address nation on Covid-19