A Ghanaian man name (unknown) rejected money offered to him to get his impotent friend’s wife pregnant after few months into their marriage.

According to him, his friend involved in an accident a few weeks to his wedding and it has affected his property.

Abena I’ve been presented with a very weird request and I don’t know what to do. My friend is 37, I’m 36 and his wifeis 29. My friend and this girl have been together for about 11 years. 4 years ago, he was involved in an accident a few weeks to his wedding. Luckily he didn’t die but he’s been in a wheelchair since.

They married some months ago and I was very happy for them. I wasn’t in touch that much after they married but for some months, he’d call me to check up on me and always talked like he wanted to tell me something but not sure.

Fast forward, he called me over and told me he wants my help. After the accident, he’s impotent. His berma (penis) isn’t working anymore.

He uses sex toys to satisfy her but she’s been talking about having kids. He wants me to secretly have kids with her. They’ll pay me if l want cash because they don’t want to go to a sperm bank.

He’s a good friend and he used to help me in the past without asking for it back but this is so difficult for me. 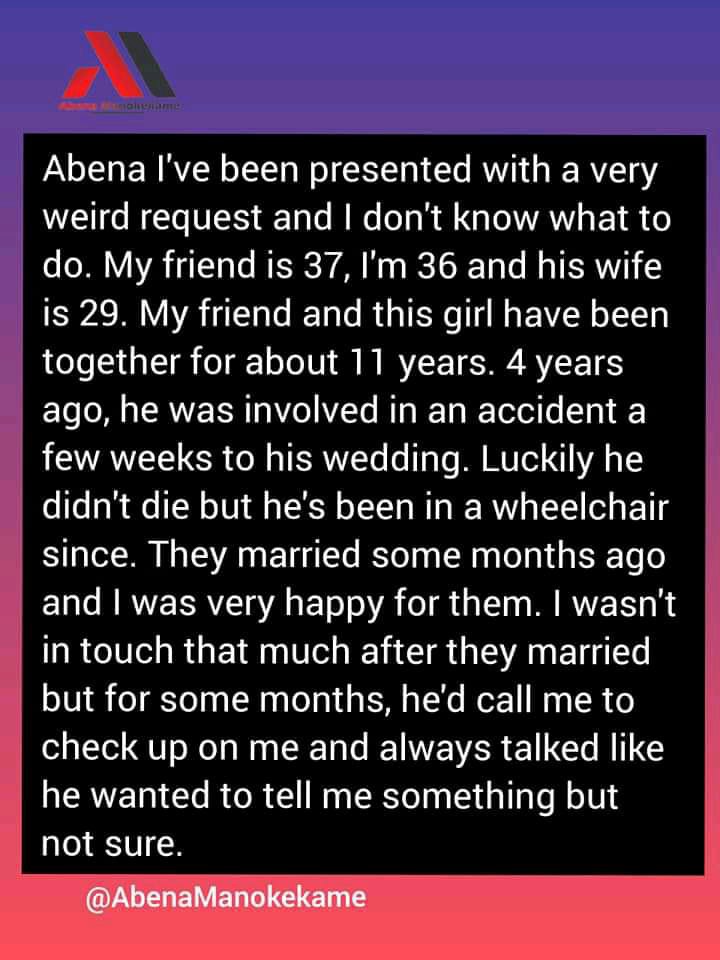 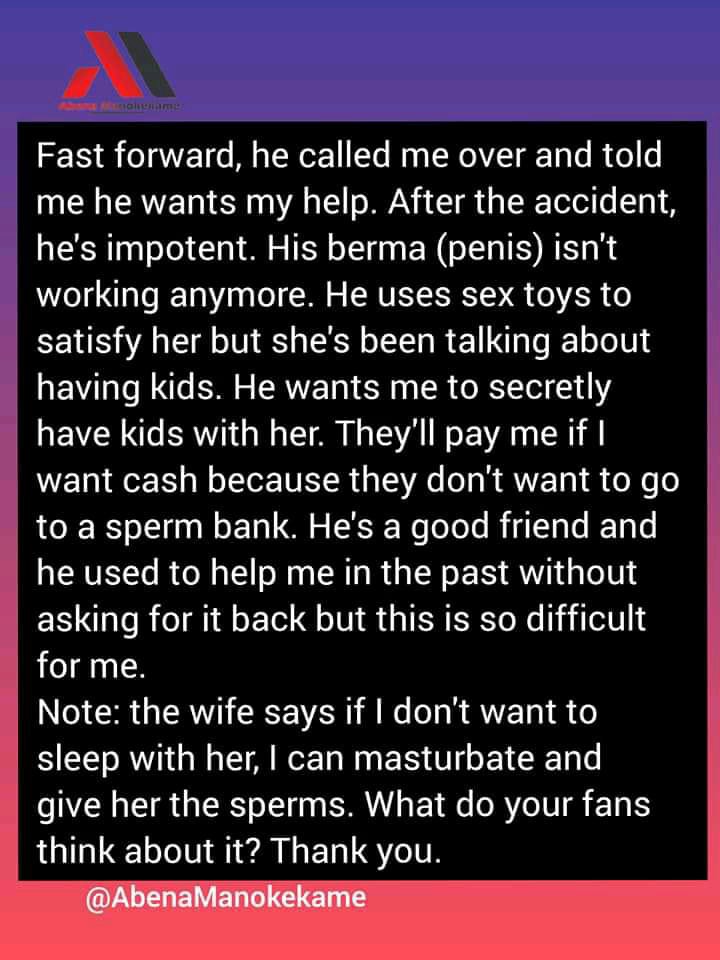 I Need A Boyfriend – Young Girl Appeals For Love

The longest I can go with a man is 3 months because relationship is...

Ghana Card: Full List of all the NIA Offices where you can Apply right...

NDC Assassins Planning To Kill Me, I Need Protection – Atubigah...

I Beg For Money To Even Buy Drugs – The Popular...