Home General Girl Arrested For Killing Sugar Daddy, Made Away With His 4matic G...

A lady has been arrested in Uyo ,Akwa Ibom after she allegedly killed her lover and made away with his newly acquired Mercedes Benz jeep .

This was the post on social media on the incident

“The girl in the picture visited the deceased in Uyo, butchered him to death and made away with his brand new Mercedes Benz 4matic and the original documents.
“The victim, Chukwuemeka, is the only son of his parent and was an importer. All efforts to reach him by his friend to come clear his consignments failed. He was found in his pool of blood inside his bed room.
“Using the vehicle tracker, the daughter of Jezebel was traced to a nearby hotel enjoying. Currently, she is singing like a parrot at Ewet Housing Police Station ,Akwa Ibom State 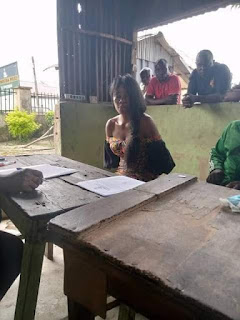 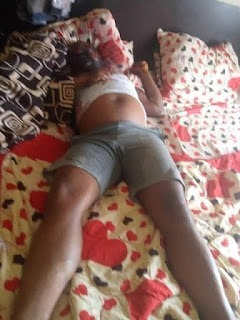 Allow Us, We Are Tired Of Expired Manhood Of Ghanaian Men – Naomi Gold Fires Sam George Over LGBTQI+ [Video]

If you can tattoo me on your body, I’ll sleep with you free for...

According to a member of the New Patriotic Party's (NPP) publicity team, John Dramani Mahama's humorous character disqualifies him from being Ghana's president. The former...

A video going viral available to AfricaWish has it that,  a Ghanaian pastor was caught on camera having sex with a married woman in...

Charles Komi Kudzordzi, the leader of the secessionist group Homeland Study Group Foundation, has died, according to reports. Papavi, as the leader is called, died...

The National Identification Authority (NIA) has stated that plans are in the works to combine the Voter Identification Card with the Ghana Card, allowing...

Your breasts won’t be firm forever, don’t deprive your children of...