KNUST broken heart student who became famous for the phrase ‘the past is not the present‘ Sammy is back in the news.

He has been spotted auditioning for TV3s relationship show, ‘Date Rush‘.

In a photo circulating on social media, Sammy is seen trying to secure a spot on the show to find true love.

Somewhere last year, KNUST student, Sammy went viral after a video of him crying and begging his girlfriend to forgive him surfaced on social media.

He was said to have gone for a blow job from another lady and he got caught by his girlfriend.

Check out the photo below; 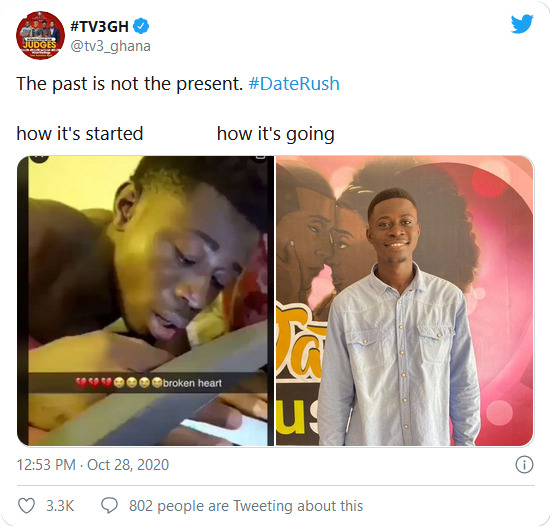 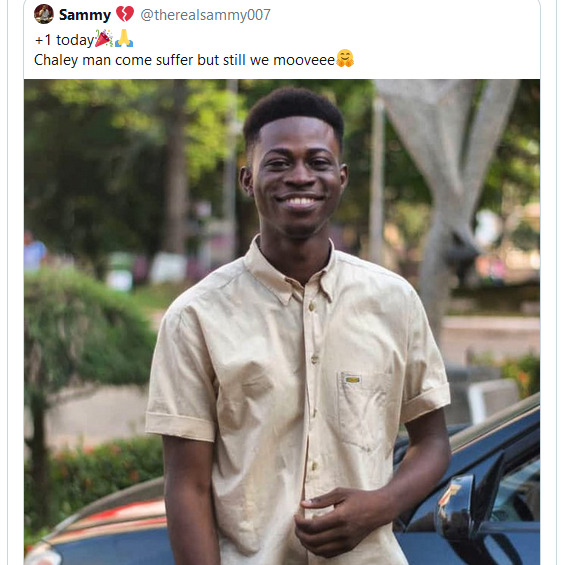 Guy beats girlfriend for turning down his proposal in public (Video)

I have committed nine abortions, first one was in JHS one – Woman confesses

Felix Kwakye Ofosu does not owe the public an explanation – Bullgod

BREAKING NEWS: Serious accident at where Ebony Reign had an accidents 2-years ago [PHOTOS]

Violence break out in U.S cities over unknown election results

I feel ashamed to campaigned against only to bring mother serpent of corruption-APlus beg...

Former NPP sympathizer and founder of TPP, A Plus has in a birthday wish message to the former president, John Dramani Mahama apologised to...

NPP is the first govt that has elevated the creative arts industry – Okraku...

President of the Creative Council of Ghana, Mark Okraku Mantey has said that the ruling New Patriotic Party is the first government that has...

No amount of lies should motivate you to bring back Mahama – Gabby warns...

New Patriotic Party (NPP) stalwart Gabby Asare Otchere-Darko has advised Ghanaians not to fall for John Dramani Mahama’s lies and bring him back to...

Classified documents reveals that the Ghana Cocoa Board has awarded a road contract in excess of Forty Five Million Dollars ($45 million) a company...

Your welfare matters to me – Akufo-Addo to Ghanaians

I feel ashamed to campaigned against only to bring mother serpent of corruption-APlus beg...

NPP is the first govt that has elevated the creative arts industry – Okraku...