One of Kumasi’s most wanted fugitives who has been on the run for several months has been arrested over the brutal murder of Elijah Kenja, a former staff of the Volta River Authority (VRA).

Jamal Issaka Mohammed, 27, who was in possession of leaves suspected to be Indian hemp at the time of his arrest, has since been detained assisting police investigations, sources confirmed to Dailymailgh.com.

He is also said to be part of an armed gang that robbed and shot a Takoradi-based naval officer at Suame Maakro on April 21, 2020.

The Ashanti Regional Police Command is yet to give full details about this latest arrest as it brings its operations to the doorsteps of criminals terrorizing residents in the metropolis. 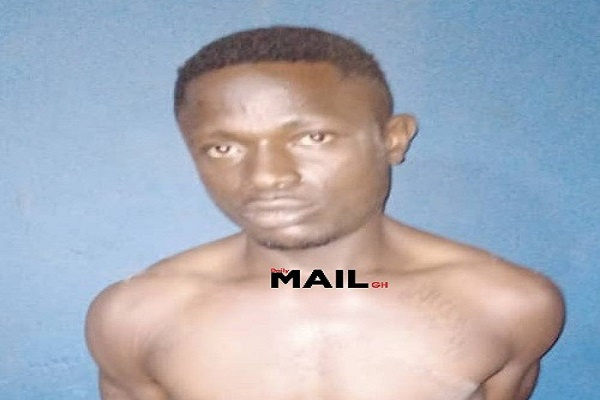 Kenja was stabbed to death at Suame-Maakro near Kumasi in the Ashanti Region on February 7, 2020.

Officers from the Suame Divisional Police Command in the Ashanti Region rushed to the scene on the Suame-Maakro highway at about 5:30 am on Thursday following reports of the stabbing.

He was found with a deep cut at his back in a pool of blood. He was confirmed dead by officers at the scene.

Kenja until his death was a Line Maintenance Officer at the Northern Distribution Company — a power distribution company wholly owned by the Volta River Authority (VRA).

NDC has disappointed you for 28 years, give NPP a chance – Bawumia urges...

Court orders gay couple to get pregnant or face imprisonment

Corrupt persons will be shot under my administration – PNC Presidential...